What do you read? 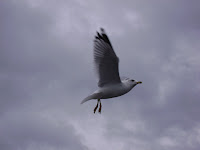 This is an easy one. I am very curious as to what those who blog read. See, I write so my question is this. Do I write what you read? I'd rather see some responses before I say what genre I write. Just do us all one favor, keep it clean. There may be kids reading this, K? Thanks.
Posted by azsandman65 at Monday, February 09, 2009 2 comments:

No Fear of Flying

Recently I read an add about getting your private pilots license in a mere 20 hours training for a small helicopter. It looked like fun to me but after recent events I can't believe it could be that easy. So I was thinking and that led to writing and well, that means a story to illustrate and well,,, I could purchase said vehicle for a mere $119,000. More than I paid for our house! Wow, if I had that kind of money to spend on a vehicle I'd be looking to buy something a little safer like a Blackhawk. After all, we all have safety considerations. Just to show why, here is a little story. It's true! About three weeks ago, while on my way home I came to line of traffic at a 4-way stop. As I waited my turn to go, two drivers thought that the nice, red, stop sign was for others, not them and both failing to stop, slid very nicely into each other. I don't recommend this as a method of meeting others. Needless to say the intersection was almost impassable and both drivers were upset why the other cut him off. I actually found myself laughing heartily as they tried to sort it all out. My thought on the problem was it may have been the result of spending too little time learning what all those things called the alpabet were for while attending school. This is the end of the true part of my story. Imagine these two, concientious, drivers making such an error at say, five hundred feet above a school playground? The results to houses and buildings would be nothing compared to the loss of life. So fictionally speaking, I had a thought,,, "PRESS RELEASE FROM THE PINK HOUSE" This just in, the Pink House has mandated a no fly zone around it. This will be in effect until the bodies and debris from recent mini helicopter accidents are cleared from the roof, balconies and pillars. The debris on the Pink House lawn has reached record depths and the president has been heard complaining that he is unable to jog more than a few feet without dodging fuselage parts. Secret service agents remarked they lost him twice this week among the carnage. The debris will be sold to recyclers to pay for a new house for Pouchy who has been placed in a secure location for now. The new "Doggie House" will be impact proof, able to withstand a direct hit without severe damage. Pink House correspondants hope this will not inconvenience anyone hoping to get a close up picture of the smallest member of the family. Those can be purchased on E-Bay for a mere $199.00 each. Alternate crash sites have been set aside for those who cannot seem to fly without banging into someone while taking pictures! Government hearings have been set to determine if the claim by several heli insurance companies have merit. They have asked for bailout money since most of the accidents they have paid claims to, have been the result of losses around the Pink House. This has been a FICTIONAL, ( for those who don't know what that means, it means not true, made up) story and is not intended to portray any particular person or entity in any way whatsoever. Either ya hate it or love it. Just my thoughts on the little falling things being in the sky above my house and driven by someone like the two who met so intimately in front of me. Now you can tell me to get stuffed!
Posted by azsandman65 at Monday, February 09, 2009 No comments:

Where's your Quiet Place? Here's mine. 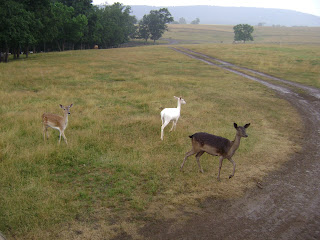 I love the wild, whether desert or forest, I'd sit and just watch, quietly, and wish everyone else could do the same. Listen to soft sigh of the wind in the trees. The magic dance of the butterfly, as it flitters from leaf to leaf, and the bees in their hurry, buzzing about looking for pollen. I'd jump at the caw of the blackbird and whistle of the hawk. The leaf stirring scamper of the squirrel seeking nuts would blend with accusations of the bluejay.
The warning stamp of the deer as it tried to decide what kind of interloper I was in he 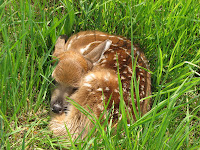 r wood. The soft splashing of the nearby stream would be almost drowned out by a flock of geese trying to find their way. Come, join me in my quiet place. It's as noisy as Wilcox Avenue in the Bronx!
Posted by azsandman65 at Monday, February 09, 2009 No comments:

azsandman65
My childhood was spent growing up on a farm in the mountains of northern Pennsylvania. In those years I learned the lessons that would mold my character and moral center. In my teens I moved to a small city in southeastern PA. Like many teens I had my rebellion and found the futility of it. During my late teens I moved to central PA and in high school lost my heart to the girl who is now my wife. Presently I'm well into midlife and slowing rapidly. The things I used to do, I can't even remember. Married for 37 years, we have a son, a daughter and five grandchildren. My son has two boys, my daughter three girls, I love irony! I'm self-employed for most of 25 years in construction. Doing a project for a customer and getting their approval is wonderful and inspiring. I started writing when my children were younger. I did some stories for them and over time it became more of an interest. I now have four completed novels and several shorts and am working towards getting one or more published. One short has been published.